Iron Ochre, Iron Ore, Iron Bacteria Biofouling, Red/Orange slime. While it goes by many names, the consequences are the same. Basement draining systems that are clogged with this material prevent water from efficiently flowing through the drainage system to your sump pump.

In some cases, the sump pump itself may be occluded with the same material, decreasing the efficiency of the pump, leading to premature failure and, in the worst-case scenario, flooding your basement.


Iron bacteria is a harmless, odorless, naturally occurring bacteria that can be found within the soil. Issues with bio-fouling (iron ochre, iron ore) occur when the bacteria have an opportunity to attach itself to a surface and proliferate.

Through a supply of water, iron particles, and oxygen, this bacteria has an opportunity to grow undisturbed. The biological remnants of the iron bacteria are the primary components of what is commonly referred to as iron ocher, iron ore, or iron bacteria biofouling.

HOW TO APPLY BORESAVER ULTRA C

BoreSaver Ultra C is a dry, crystal-based product added directly to your basement drainage tiles or sump pump. The key to a successful clean is to ensure that you have sufficient product spread throughout your drainage tiles. BoreSaver Ultra C works by fundamentally changing the chemical composition of the bio-fouling material and converting it into a soluble solution.

How often you should retreat will depend on your specific application, however, we advise monitoring your drainage system periodically to ensure that bacterial biofouling is being kept at bay. Additionally, you may consider applying Ultra C as a preemptive measure on a routine schedule, such as every 90 days.

“I just measured the flow from my pump. It was 3.33gpm prior to the treatment and is now pumping at 5.33gpm, a 60% improvement in flow. Your product worked very well in clearing out my red oxide from the pump…Thank you for your product, I will definitely use it again.” 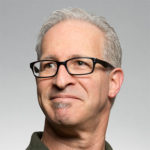 Our technical support representatives are on hand to advise you on the best practices for applying BoreSaver Ultra C or to answer any other questions you may have. Instructions for use documentation can be found in the Downloads section of this page.

Laval Underground Surveys is the exclusive North American manufacturers and distributors of BoreSaver products. For more information, please contact our offices at (559) 251-1396 or send us a message via the Contact Us form.

BORESAVER ULTRA C INSTRUCTIONS FOR USE